Again among the TOP 100 most innovative companies 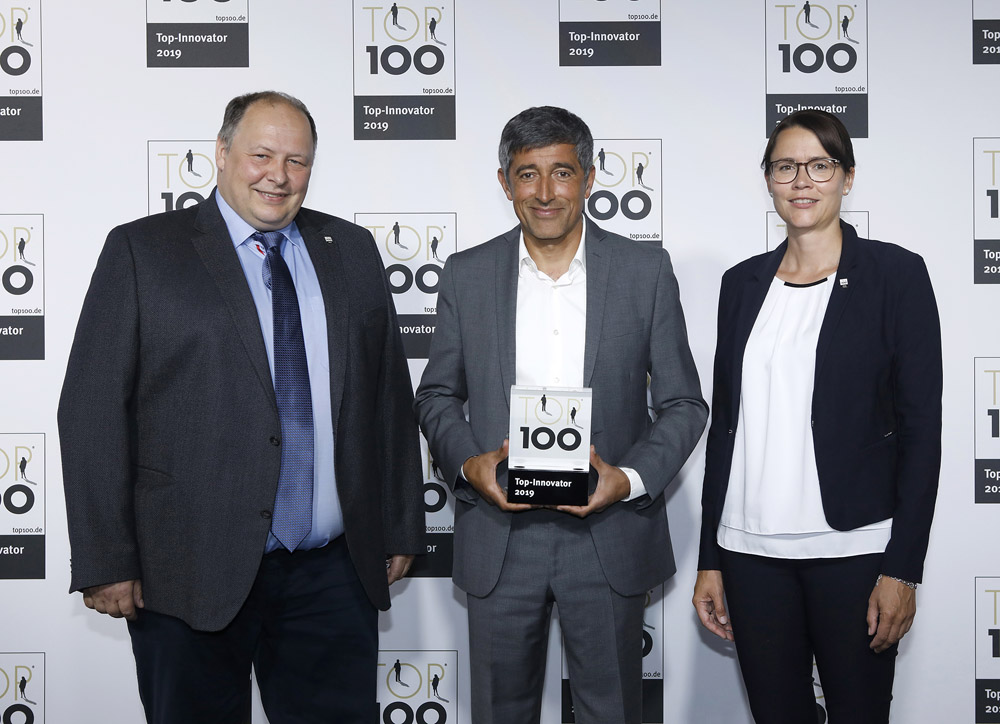 The Alumina Systems GmbH in Redwitz / R. was once again awarded the TOP 100 seal for its above-average innovative strength. Managing Director Dr.-Ing. Holger Wampers (left in the picture) and Melanie Konradi (Head of Controlling, right) accepted the TOP 100 prize in the Jahrhunderthalle in Frankfurt as part of a ceremony held by Ranga Yogeshwar (center). The science journalist and TV presenter Yogeshwar is the mentor of the competition, which has been taking place for 26 years. As early as 2017, Alumina Systems had made the leap into the German innovation elite.

Since 1993, the TOP 100 Seal has been awarded annually to the most innovative companies in the German SME sector. For the scientific management of the project Prof. Dr. med. Nikolaus Franke responsible, founder and director of the Institute for Entrepreneurship of the Vienna University of Economics and Business. Project partners are the Fraunhofer-Gesellschaft for the promotion of applied research and the SME association BVMW.

"In cooperation with the Fraunhofer Institute for Ceramic Technologies and Systems IKTS in Dresden, we will have developed the so-called saline battery (sodium nickel chloride) from bench scale to industrial manufacturing standard in the next 3 years. As a stationary energy store, it will be just as efficient as the lithium-ion battery. Their production will be significantly cheaper and more environmentally friendly. Because only ceramic, common salt and nickel are used for lithium and cobalt for lithium-ion batteries, "Dr. Wampers. In addition, the new 3D printing center will have one of the world's largest 3D printers to produce prefabricated components of up to 500 x 500 mm in area and up to 250 mm in height from ceramic.

A Brilliant Idea behind Every Product.